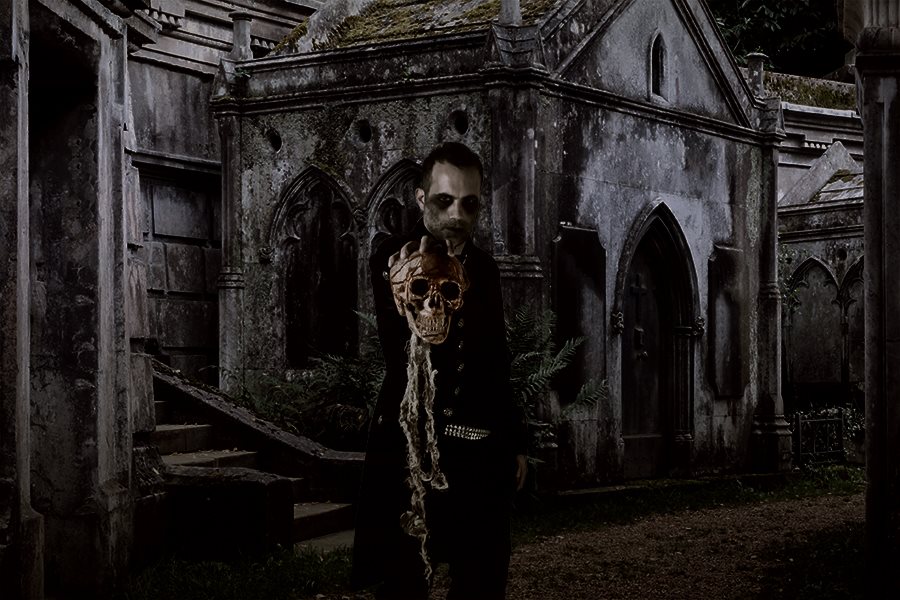 London 1601.
A counselor runs breathless through the corridors of the royal residence prostrating himself at the feet of the Queen, his face was livid and sweating with a terrified look. "Her Majesty... it happened again..."
The expression on her face became astonished. She couldn't believe it, not him.
Brian Lamont, highly decorated Captain of the British Navy, the best she ever had under her command. With his efficiency and his nerve he became a legend.
Although it was impossible to believe, the omen of death which never seemed to abandon the Captain was actually true... It wasn't a secret that in any mission he was part of, his crew would met a bitter fate. Death, disappearance, drowning and sea monsters just to name some.
All mission reports were scrupulous, accurate and detailed.. they were all accidents. Captain Lamont himself was the dark creator…a bloody murderer!
But this time the macabre curtains fell forever.
A young ship's boy driven by curiosity started to explore the black impenetrable fortress, the notorious Galleon of captain Lamont, the Black Doom, when he slipped into the hold, he made a chilling discovery. Blood, a puddle of blood all over the floor. The boards were so impregnated that they were curved. Smeared walls, a nauseating stench of death and dismembered corpses everywhere...The boy observed the hold horrified, he was in front of the door of hell, that's for sure.
This time the evidence was obvious. No accidents, no sea monsters…the monster was another...unexpected.
In spite of herself, the Queen's judgment could only be one, the death sentence.
It was a red moon night...
Since he was a highly decorated military veteran, Lamont was allowed to choose how to die. He chose to be executed on the Black Doom's bow, his galleon would feed of blood for the last time.
He chose to die by the sword , he wanted to go enjoying the same sensations that all his victims felt dying by his hands. But this was a secret desire, a pleasure that he gave himself secretly.
When his own superior stabbed his flesh holding the two sabers in his hands, Lamont's feelings were sweet. A pleasure almost unexpected, like a thrill, which drawed the only one smile that a mortal eye had ever seen. At that sight his executioner looked at him with abhorrence and said, «Your glorious past will be nothing more than a shadow, you will not be remembered as the brave Captain Brian Lamont, but as Brian Steele, the ruthless slaughter».
In front of the Great Judgment, his soul was black and corrupted and for this he was damned to eternity.
But despite death his spirit has persisted because his hate was powerful enough to withstand even the damnation...Yes, the Captain would come back...
Since then, the legend says that every red moon, Captain Steele comes back among the living men to appease his insatiable thirst of blood.
The curtain opens again...the curse lives on...